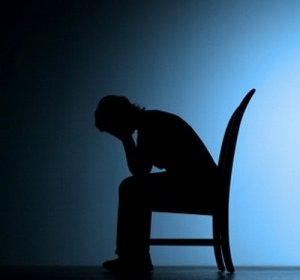 I feel that I have wasted my life.
Yes, I do.
I couldn’t get appear for IIT-JEE. I couldn’t score well in MHT-CET. I couldn’t get any top engineering college. And I didn’t do any wonders in engineering as well (man, if only I could go back).
I let go of several opportunities. I couldn’t get any patent for several good projects. I couldn’t convert great internship into a PPO. I couldn’t start my own company (and I tried a lot for this, but failed every time). Couldn’t even lose my weight (and that is so embarrassing).
And this is not all. I failed to convert interviews of some of the really great companies. I failed to crack CAT 2015. Couldn’t convert IIM A in 2016. And the list goes on and on and on……
I have a thousand failures and a million regrets.
But, who hasn’t?
Thanks to those several B-school interviews, I got an opportunity to interact with the some of the brilliant students of this country. And got to know their stories. And their failures and regrets too.

I met a guy from IIT Bombay, who had left his job a couple of years ago and was struggling to crack the CAT for past 3 years. He said, “Every day was a hell when I wasn’t working. My relatives would taunt me and my ex-colleagues would give me cold glances. An IIT-Bombay tag didn’t help me, my family and friends did.”

A guy who had done a dual degree from another IIT (forgot which one exactly) and worked in a dream company, almost cried in front of me. He said, “I had cheated on my girlfriend, and she never forgave me. It’s been 2 years now, I just wish to talk to her once and beg for an apology. I don’t even know where she is. I am so ashamed of myself.”

A girl from NIFT, who met me during my IIM-A interview, had tears in her eyes. She had messed up her interview and didn’t have any other good calls. She said, “I took some very wrong decisions in my life. I chose a wrong career path for myself and I am very eager to change it. I don’t know if an MBA is a right option, but I just don’t see any other way out.”

Talking about wrong choices, then a guy didn’t just know about what he liked. He was doing an MBA just cause he needed some break from his 9-5 job routine. He said that he is a good badminton player, but he has always been afraid to consider it as a full-time career.

And I am talking about the cream of the country. They were not aware of what they wanted to do. And they had their own regrets. And it made me feel better about myself. (cmon, it’s a human tendency. When you fail in an exam, you feel terrible; but when the topper of the class also fails in that exam, you hardly feel miserable. Once you realise that you are not a sole soul on this journey of pain and failures and regrets, you feel a bit of happy. Rather, a bit relieved. I am not an exception to that tendency).

One thing I realised in these conversations is, everybody has their regrets. Everybody feels that he or she has messed up something in his/her life.

Everyone has some skeletons in their closets.

Everybody feels that your life is better than theirs.

Everybody fails (even the elite’s too).

Failure is an essential part of life. I know that you don’t like it. But hey, nobody does, yet everybody faces it. It’s quite natural and commonplace, just like your morning tea or coffee (did someone just say convefefe? See, even the President fails). Or like your afternoon nap. Or your gossip call with a friend.
So next time when you fail to score good marks, or get that appraisal, or just fail to type the right tweet; just remember, that millions of people are failing with you, at the same time (and some in the same thing).
All you have to do is sport a smile and move on. 🙂

Let your friends read this too!

Just a misguided ghost, trying to find solace in the stories that the streets have to whisper! View more posts